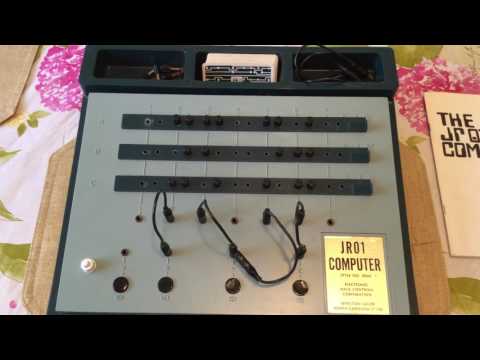 Concerning my 1969 paper computer, there are some more similar computers with wires and lamps. Like the Kosmos Logikus (1968, 10 lamps). One rather unknown one is the French/US JR01, co-produced by Honeywell Bull (1970, 4 lamps). It is even in some museums. Not sure which one was (developed) first. The mother of all is probably the 1955 Geniac. Variants of the Logikus exists, Ordinatron 600, PIKO dat had 12 lamps.

There’s one site having illustrated manuals (html and PDF) with some programs/games. (in French) 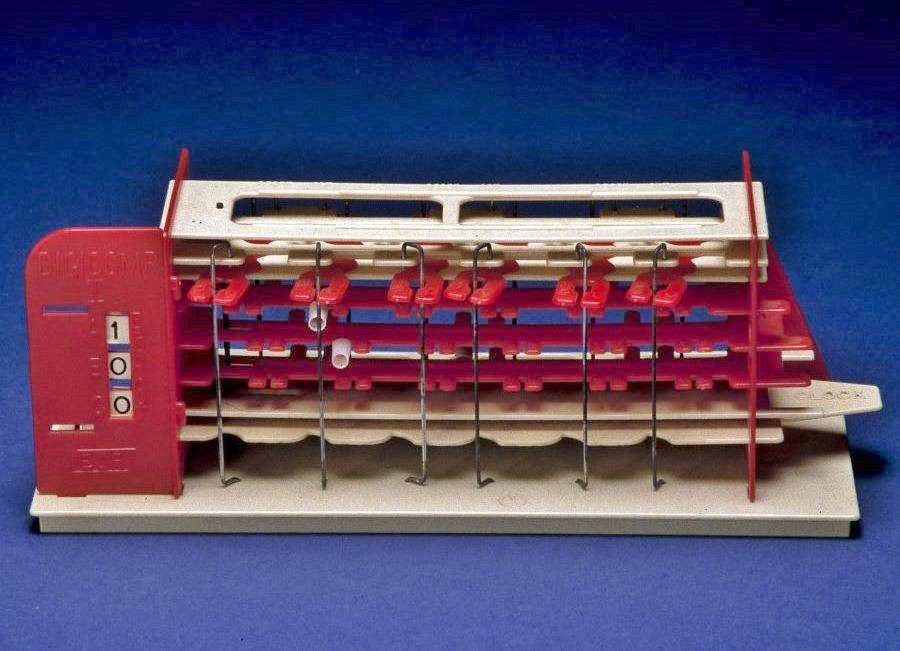 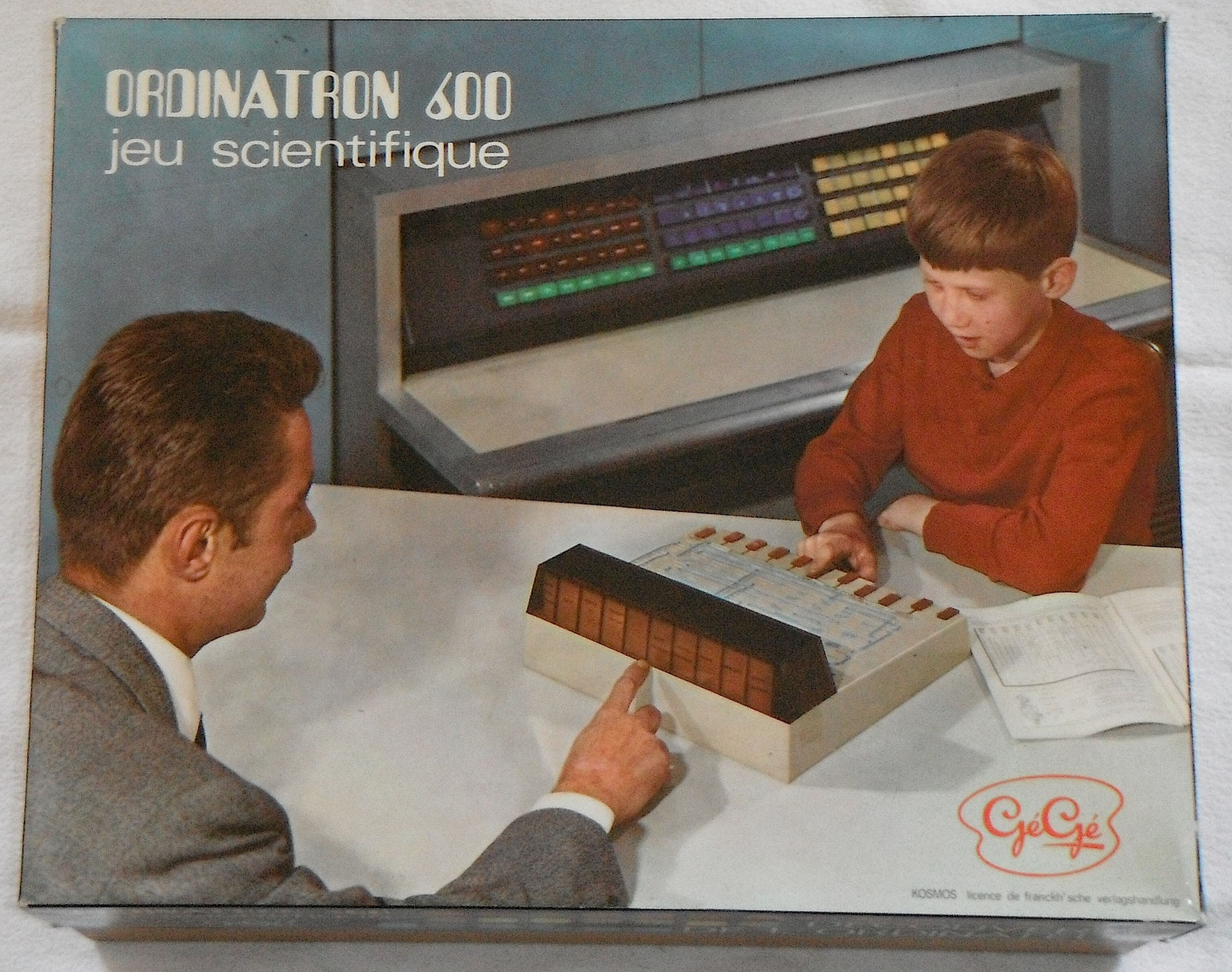 It seems that the Logikus was the West German original, the Ordinatron was the export model for the Francosphere, and the Piko was the East German pirate version. Some links:

As was to be expected, people in East German soon heard about the Logikus. They were so intrigued and impressed by it that Volkseigener Betrieb PIKO Sonneberg, a state-owned manufacturer of models trains, came up with an unlicensed / illegal version of it known as the PIKO dat. Launched in 1969, the new computer toy won 1 if not 2 gold prizes at the 1969 edition of the Leipziger Messe, one of the most important trade fairs

at the 1977 edition of the Messe der Meister von Morgen, an annual youth competition held in East Germany, a PIKO dat was used to control a model railway

Two American companies also heard about the Logikus through some as yet unknown channel and were suitably intrigued. If truth be told, they both acquired its production rights. Science Fair Electronics, a Tandy Corporation company, produced a machine known as the SF-5000 Electronic Computer. Interestingly enough, the 5th edition of the programming manual for the SF-5000 was printed in Canada in 1971. In 1977, Radio Shack, a division of Tandy, produced a slightly modified version of the Logikus seemingly known as the Digital Computer. It had a plug board with 200 rather different plugs and used strips made of plastic rather than paper, for its 100 experiments / programs.

Logix Enterprises Limited, finally, on the other hand, produced a machine known as the O-600 Electronic Computer no later than 1972. Interestingly enough, Logix Enterprises, an American company, seemingly had a factory in Montréal, Québec. Indeed, this factory may have made a copy / version of the Logikus known as the Logix-Kosmos Electronic Computer or Ordinatron 600. An ad for an Ordinatron 600 published in December 1972 by La Presse of Montréal, the most important French language daily in Canada, included a photo of the aforementioned Logix-Kosmos Electronic Computer.