Interview is an image file. Jason Scott asked Leonard Tramiel about how he came up with the various symbols used in PETSCII.

“[Tramiel] The goal was to create a character set that would allow as wide a range of images as possible. […] The images I used as a test were the Starship Enterprise from Star Trek that was used in a lot of early demos and the Lunar Lander that was used in the game of that name.”

I guess, the Lunar Lander image was this one (via Ian Skinner's Commodore Stuff): 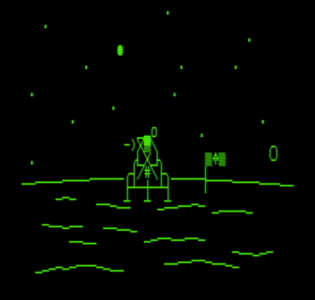 I remember an SS Enterprise image, but according to Google, it doesn’t exist (anymore).
Has anyone an archived screenshot of this, or even the program generating it?
(I’d like to amend my write-up on PETSCII by this.)

The Lunar Lander is the same as in the game, and Enterprise features moving stars and even some torpedo firing. Here are screenshots (emulation): 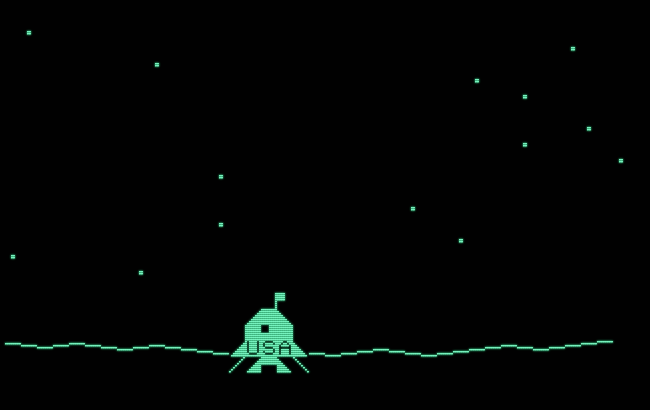 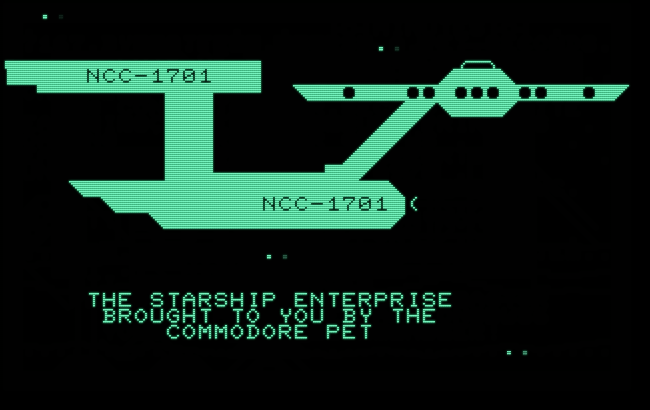 (See the program running in online-emulation.)

Quite surprised to see R2D2 and TIE fighters! And at the idea that Star Wars and the Apollo program are both cultural references: a decade apart, more or less.

Mind that Star Wars is also from 1977, like the PET. It was the cultural reference of the day!
(Also, the program is probably a bit later. I think, the 2031 floppy drive wasn’t available when the PET 2001 was first rolled out and the first ROM lacks proper IEEE support. But it could have been on some kind of demo tape, as well.)