Looking for help with my MOL program Airborne Digital Computer Unit ( ADCU )which is an IBM 4PI EP. I also have the Laboratory Data Adapter Unit ( LDAU) which is the engineering prototype. I would love to hear from anyone familiar with these units. I am in the process of restoring my hardware.

Wow - from the 1960s? Not familiar with it myself, but interested to read about it, for example in this PDF:
Technical_Description_of_IBM_System_4_Pi_Computers_1967.pdf 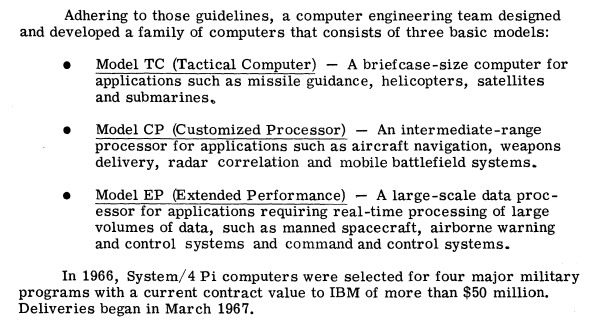 In 1966, System/4 Pi computers were selected for four major military
programs with a current contract value to IBM of more than $50 million.
Deliveries began in March 1967.

Is this supposed to be twice as good as the IBM System/360, which is 2 Pi?