A reprinted article from 1994. 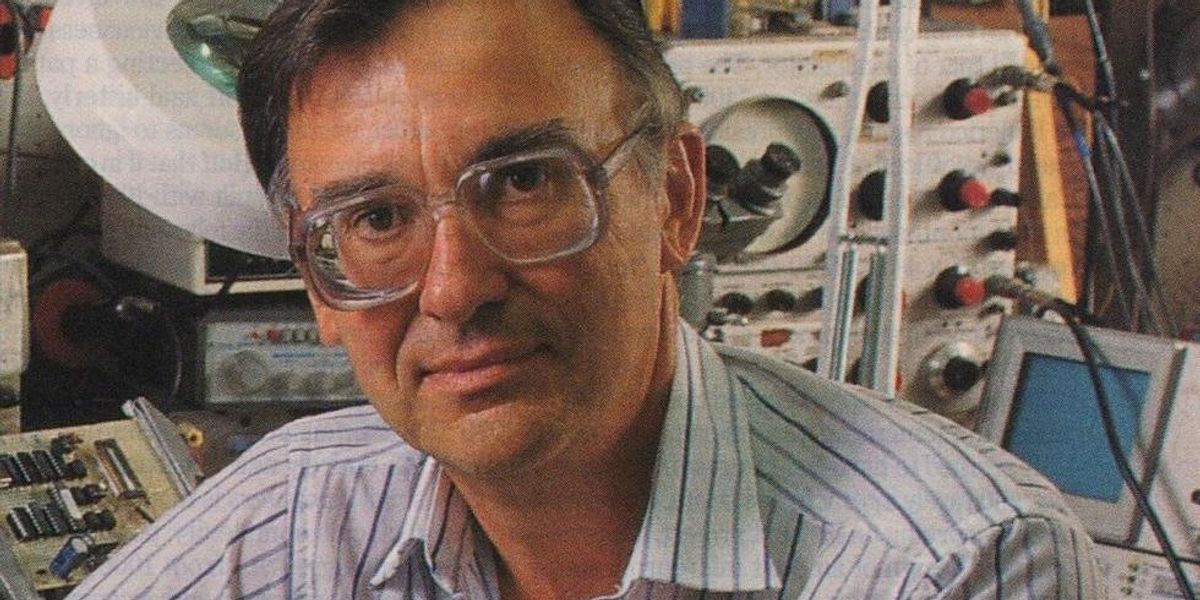 Hoff thought designing 12 custom chips for a calculator was crazy, so he created the Intel 4004

The rays of the rising sun have barely reached the foothills of Silicon Valley, but Marcian E. (Ted) Hoff Jr. is already up to his elbows in electronic parts, digging through stacks of dusty circuit boards. This is the monthly flea market at Foothill College, and he rarely misses it.

Ted Hoff is part of electronics industry legend. While a research manager at Intel Corp., then based in Mountain View, he realized that silicon technology had advanced to the point that, with careful engineering, a complete central processor could fit on a chip. Teaming up with Stanley Mazor and Federico Faggin, he created the first commercial microprocessor, the Intel 4004.

… the 4004 was … simply intended to drum up some cash while Intel developed its real product line, memory chips.

Interesting, as that’s the exact opposite of Inmos, which made memories to get cashflow while it developed the transputer.

“The idea that a researcher should program systems interactively was anathema to [central site operators]”.

We are again fighting this fight, now trying to balance security concerns and platforms that benefit from vendor lock-in.