Written by Graham Singer and appearing on techspot… nicely readable.

The History of the Microprocessor and the Personal Computer

The PC business as we know it owes itself to an environment of enthusiasts, entrepreneurs and happenstance. The invention of the microprocessor, DRAM, and EPROM integrated circuits...

History of the Microprocessor and the Personal Computer, Part 2

The personal computing business as we know it owes itself to an environment of enthusiasts, entrepreneurs and happenstance. The invention of the microprocessor, DRAM, and EPROM integrated...

Ed Roberts had expected that a few hundred hobbyists would buy his computer. The reality was that the magazine article led to around a thousand orders, which grew to 5,000 in six months, and 10,000 by December 1976. This wasn’t quite the windfall for MITS that it might appear.

The basic cost of the system was kept low to encourage sales, with profit loaded against expensive hardware expansion options. This approach was modelled upon what had served IBM well, at least until core memory prices tumbled…

We hear about the two splinter groups from Motorola and Intel which respectively ended up producing the 6502 and Z80… so while I’m here, here are a couple of slightly fast and loose videos on those two histories: 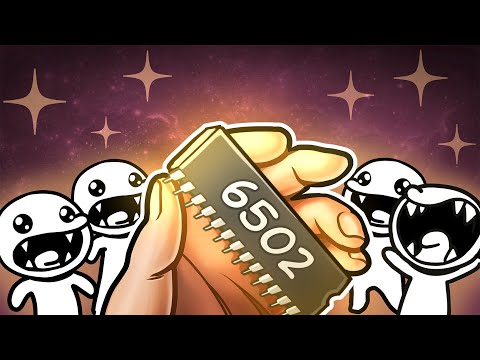 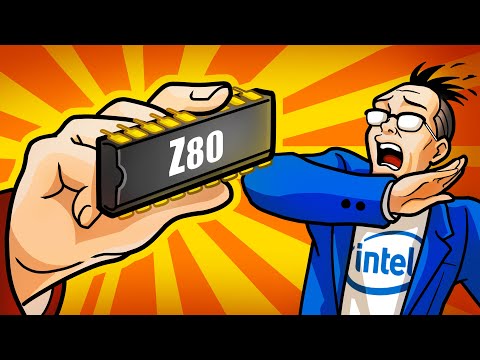 There’s also a 5 part series of articles on the history of the GPU, which starts at 1976 with RCA’s Pixie and Atari’s TIA.

This paragraph caught my eye:

Wozniak turned his attentions toward refining his design into the Apple II, which became the world’s first financially successful personal computer. Once again utilizing MOS Tech’s 6502 processor, the Apple II attained a much wider audience in part due to Wozniak’s insistence of including multiple expansion slots in the Apple II’s design over Steve Jobs objections.

Apple II did use the 6502, but as far as I can tell by my research, Synertek had the bulk of the Apple II’s business as a second-source for the 6502. See Schreiner’s oral history.

“world’s first financially successful personal computer” seems like a very odd thing to say about the Apple II. Was it because of the higher margins compared to the TRS-80 or Pet, so more profit per unit sold?

Good catch - those superlatives are always so tempting, but there’s usually room for doubt whenever something is held up as “first” or “best” or “fastest” or “most successful”… actually in this case “most” might have been a better choice than “first”…

Interesting observation! It was, of course, MOS’s design - down to the masks and even the documentation - but we should suppose Synertek had a good business there. My understanding is that the yield from a process was so variable, and the possibility of a single supplier suffering from a yield crash, or going under, loomed so large that a second source agreement was a must-have in those days. Which is why it was arranged very early in the 6502 life-cycle, which was of course a good thing because once MOS was bought by Commodore, other users of the 6502 could have been held to ransom, or cut off entirely. Any idea when Rockwell got involved? I would imagine that too would have been an early agreement… OK I see stackexchange has an answer to that, and it’s interesting reading.

Synertek had the bulk of the Apple II’s business as a second-source for the 6502. See Schreiner’s oral history

Wow, that’s a great read! Thanks for the link, and I recommend it to anyone with an interest.

Edit: OK, there’s a bit at the end, I laughed out loud…

Contra the top stackexchange answer, Schreiner says that Synertek had a deal with Rockwell. I’m pretty sure we’ve seen Atari being involved with Rockwell’s 6502.

But a snippet from another of the answers, by @MauryMarkowitz, leads us to the aligner, which MOS picked up, one of the reasons for their much better yields and therefore lower costs, although usually what we hear about is their mask repair tactic.

Oh, you brought up the Perkin-Elmer Micralign.

I’ll reply again when I have a chance; I’ve been working on an article which overlaps some of the 6502 stuff here. I didn’t get into the MOS/Synertek/Rockwell market share (aside from citing Schreiner’s history), mostly because I haven’t been able to find much information on it.

Just found this nugget while reading Bagnall’s Commodore: A Company on the Edge (2nd edition on Kindle, 2011; the paper editions are sadly out of print, and used copies are really pricey) on p. 181:

Since Peddle’s deal with Atari in 1976, Commodore continued to sell the 6507 microprocessor to Atari. “MOS shipped a lot to Atari,” recalls Al Charpentier. “Apple wouldn’t deal with MOS for some reason, but we shipped a ton of those 6502s.”

Atari was also hungry for ROM chips, since each game cartridge contained a four-kilobyte game program stored in ROM. MOS Technology produced some of the best ROM technology at the time. “We were their biggest supplier of ROM for their games,” says Bob Yannes.

Atari even used the 6502 chip in many of their coin-operated arcade games, including Super Breakout (1978). They also developed several groundbreaking vector games such as Asteroids (1979), Lunar Lander (1979) and BattleZone (1980), all using the 6502.

Bagnall has some issues with fact-checking in his books, especially when describing semiconductor technology, but I’m inclined to believe quotes from Al Charpentier and Bob Yannes.

Schreiner: Well, we had the same problem with Atari that we had with Apple. They were asking for more volume than we were able to supply. So we basically steered them to MOS and North American Rockwell. We had a licensing deal with them. So they were able to make some of our parts, and they were buying a lot of microprocessors and a ton of ROMs. All those cartridges had ROMs in them, and we had a big ROM production line. And they basically, between the two of them, probably represented 80 to 90 percent of our sales, and they wanted more. And I kept saying, I got to have some outside customers besides you guys. I can’t give you anymore.
Diamond: You know that Atari actually moved to a chip on board type ROM and put Synertek in that business.
Schreiner: Yes, we made those.
Diamond: So those cartridges in the later days was a Synertek chip on board with plastic around it.
Schreiner: Yeah. They told us they wanted to experiment with just putting a glob of epoxy on top of them, and we said yeah, okay, but I can’t guarantee reliability, and I can’t guarantee that that thing is hermetic, so if you start to have failures don’t come back to me and complain, because there’s nothing I can do about it. That’s your process. And turns out that those ROMs failed more often than a DIP—a chip packaged in a standard plastic DIP.
Diamond: The packaging.
Schreiner: But nevertheless, the cartridges weren’t assumed to have that long a life, so it didn’t really matter.
Diamond: So Atari became one of the largest semiconductor purchasers on the strength of those games, and started pushing everyone.
Schreiner: Not only that, we were also the main supplier to Atari for some of the custom chips that they were using. And our willingness to do custom chips allowed us to get a higher-than-average ASP for the parts we did sell them, because they were buying ROMS from National for a lot less than they paid us.
And they were still buying a ton of ROMS, and it was a quid pro quo. You do the custom chips, nobody else wants to. And National told us to get—take it out and we don’t even want to look at them. So okay, so we’ll buy some ROMS and we’ll pay a little extra money for them. So it was a good relationship.
Diamond: So the custom business that you were thinking about when you founded the company was a big part of the connection with Atari.
Schreiner: Yes.
Diamond: You had the custom chips, you had the microprocessors, and you had the ROMs.
Schreiner: Right. We had the whole—we had everything they needed except memory.