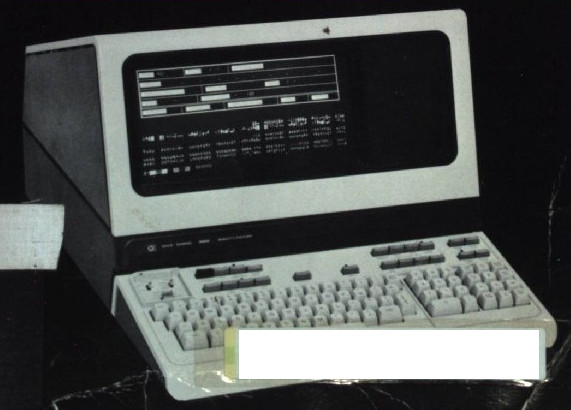 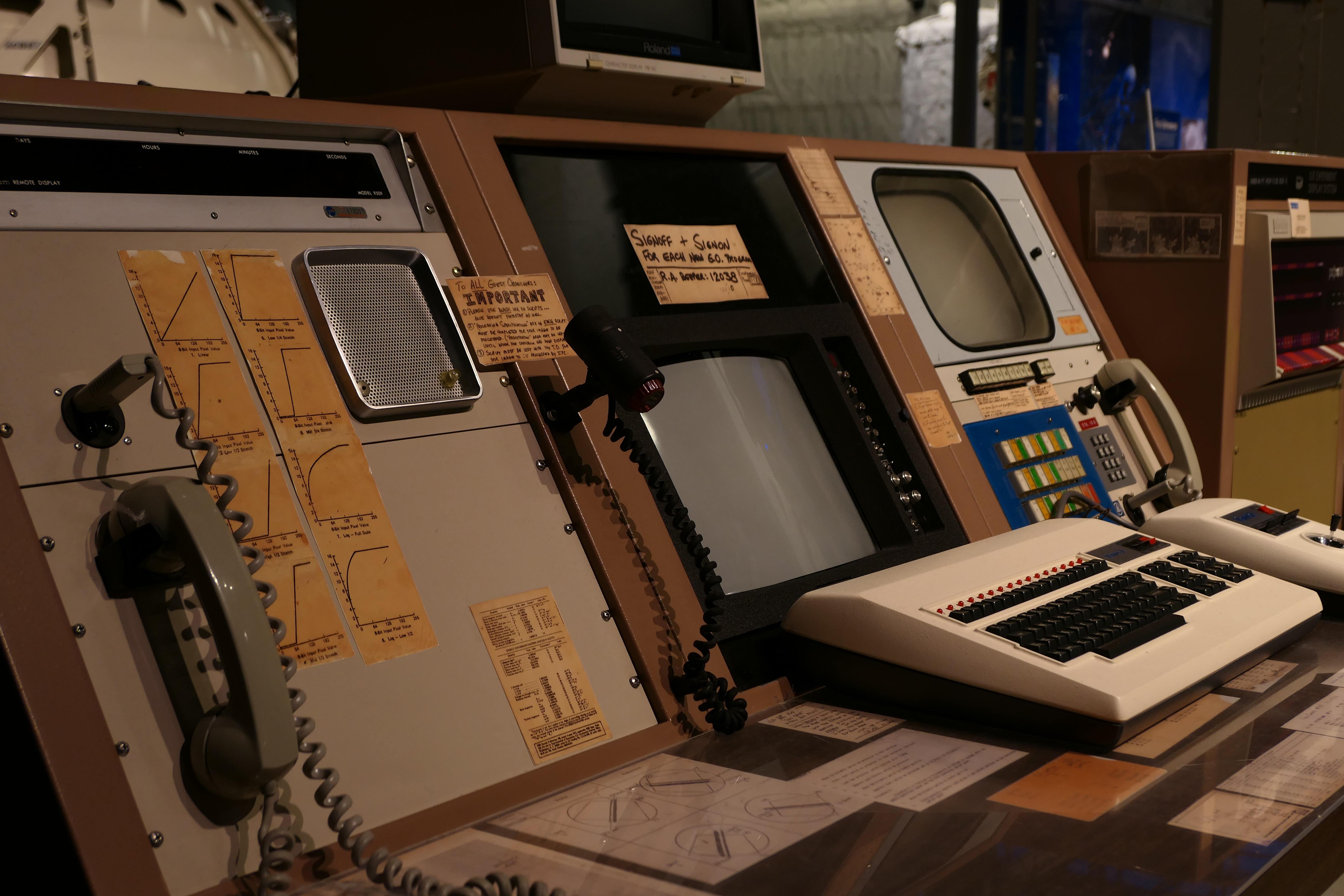 2. I found this high res pic of a control room. Looks like a NASA museum, There’s a NASA logo on top, a round dome in the background and a PDP-11 on right. What is the brand of the keyboard and stick and what is the location?
Thanks in advance.
Searching for NASA computers, I found this site with interesting photos 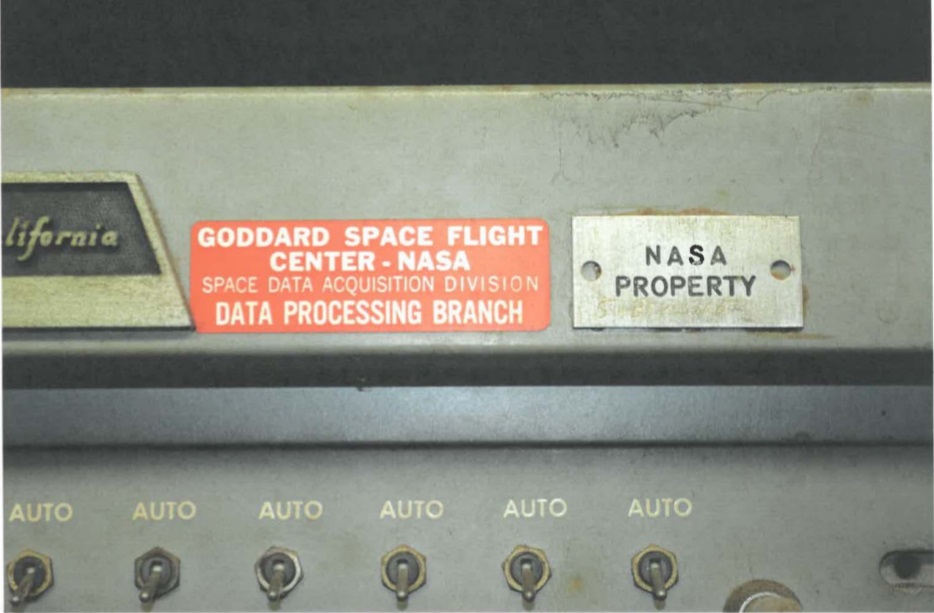 NASA revealed that a scrap dealer found two Apollo-era NASA computers in a Pittsburgh basement two years ago. The house in which the dealer found the computers – along with a collection of data tape reels – belonged to a now-deceased former engineer....

I found this computer on a general book cover. It looks like the HP-87 but has a different keyboard 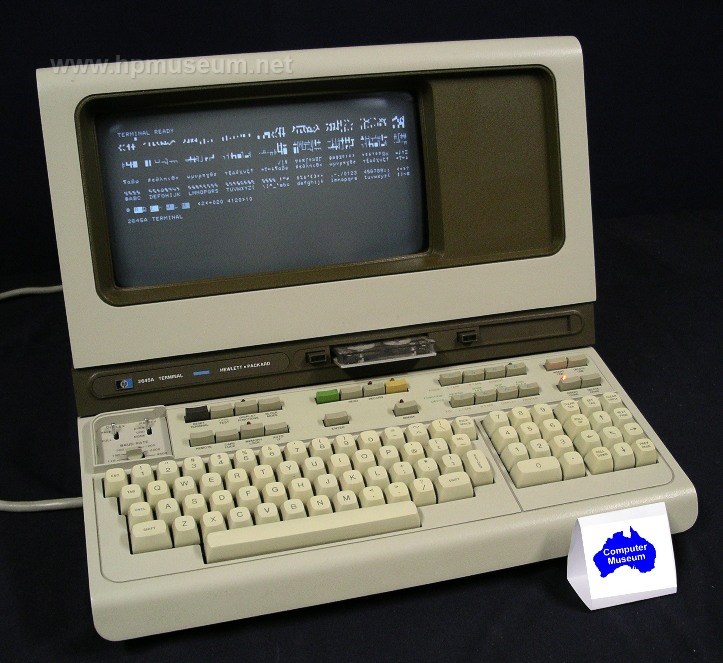 The 2640A was successful from the very beginning. In December of 1974, HP received 151 orders valued at $500,000, about eight percent ot the total value of orders received by all of the Data Systems Division that month. HP received 317 orders for the 2640A the following month, accounting for twenty percent of the division’s total business. HP shipped 3000 of the 2640A terminals in the first year.

Another possible resource, for searching or even for posting a question, is 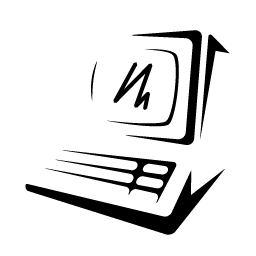 r/retrobattlestations: Show off your old-school computer rig! Dig out your retro computers and set them up, or dig out your vintage photos from when …

The logo looks like Techtronix, but I can’t seem to find a keyboard that matches that style. It might have been a custom keyboard. Strangely enough I’m not able to source any other photos in that set because that might help with a different angle. 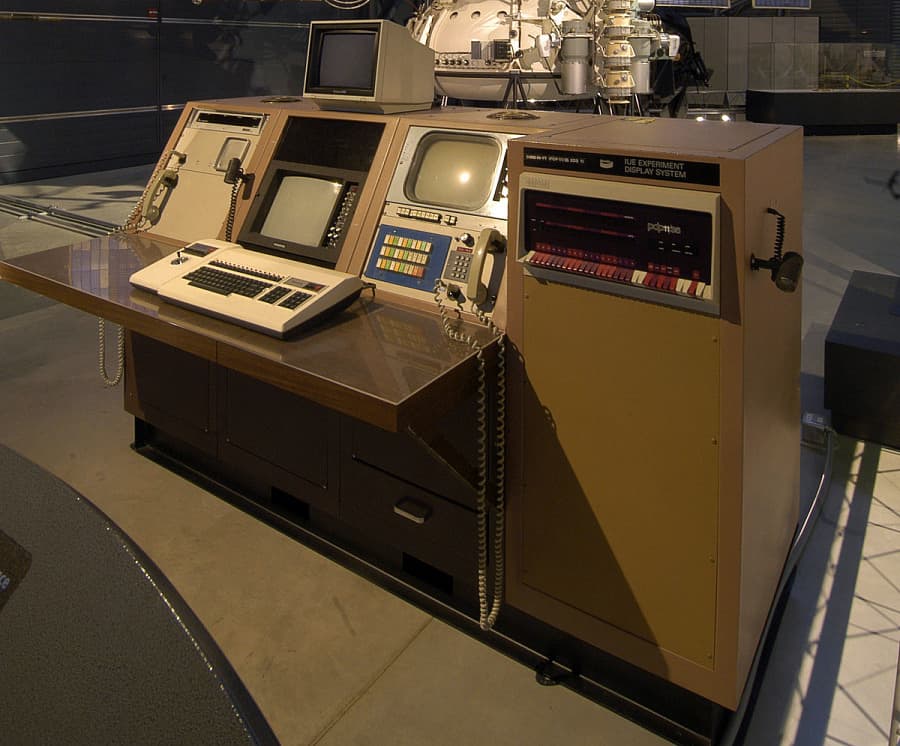 This is a shell of a control and display unit for the International Ultraviolet explorer (IUE) satellite, which operated from 1978 to 1996. The unit was the first of five engineering control consoles designed and built by the Bendix Corporation for NASA and the European space Agency.

The center section is a typical instrument console with two monitors, a keyboard, and a joystick. Facades simulating a minicomputer and disk drive are attached to the right. The unit was refurbished in 1982 for diplsay in the National Air and Space Museum’s “Stars” gallery. Instrument facades, a keyboard, a teleprinter, and a working CRT were added to simulate a working IUE console.

Trasferred from the NASA Goddard Space Flight Center A19830025000

So the keyboard, stick and monitor are from Videotek, looking much newer than the rest.
And I haven’t assumed HP as the keyboard was so different.
Thanks!

Yeah, that makes sense. The display up-top is a Roland Character Display, which wouldn’t have been possible during the Apollo period, and the “central” display had a Trinitron-style tube. So this thing has been updated several times.

I thought that might be a clue, that the tube was cylindrical. And then I thought it might be an anachronism. But it turns out Trinitron dates from 1968…

EdS, zoom in on the HP terminal picture and its a 2645A; see HP Computer Museum

Oh, good spot! Let me make an edit… and let me quote a bit from the page: