It’s written after a convention about the experiences of 13 different database management systems, most running since ~1971 mainly in Vienna, Austria and mainly at gouvernment agencies. Most ran on IBM 360/370 hardware. At least 2 on Siemens 4004, some are available for different mainframes.
It’s mainly a summery of features and the way of working including examples. And why they had chosen that particular database. But almost like ads, as all said that their is the best.

As mainframes are very expensive, I wonder why they didn’t all have chosen just the best software. But they had different needs. And some had written the software by themselves. If someone had a Siemens, he would likely use their standard SESAM db. One goal was the discussion of new, shared standards.

Some databases are common like SESAM (Siemens, now Fujitsu as SESAM/SQL) and ADABAS (the only one still not obsolete and in the comparison on Wikipedia “Comparison of relational database management systems”, but most fields just have a “?”). Very interesting are the unique ones, like the medical database WAMIS an the communal statistics database ISIS (411 installments, 45 Bio. anonymous data fields). Latter one was used from 1971 or 1974-2001 and was the first one in Europe. After that STATcube is used. Systems are:

It’s hard to compare them. Especially when not knowing the indexing and other complex techniques of modern DB. And they had different terms, some in German. Most are relational DB. Most are for multiple users, most had data security- most ran under COBOL and most don’t had to be reorganized (much). 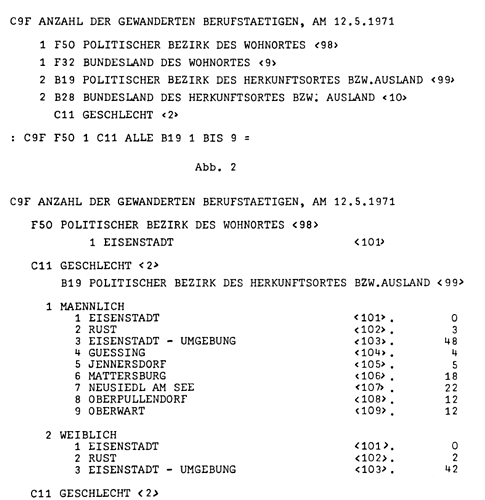