Continuing the discussion from Be the change you want to see: Be the change you want to see

That’s right, the UK101 is on the wall [in the Swindon museum.] It was very much a single-board-computer, being a single board with the keyboard and power regulator on the board. Off-board you needed a transformer, and then some way to keep the mains voltage away from humans, but that was up to you. I repurposed a couple of wooden things for my cases.

In 1979 Practical Electronics ran a series of articles about a single board computer kit, with a nice proper keyboard, a TV output and a reasonable amount of RAM: 4k or even 8k at some significant extra cost. (I went for the 8k: I think that meant about £250 instead of £200.) 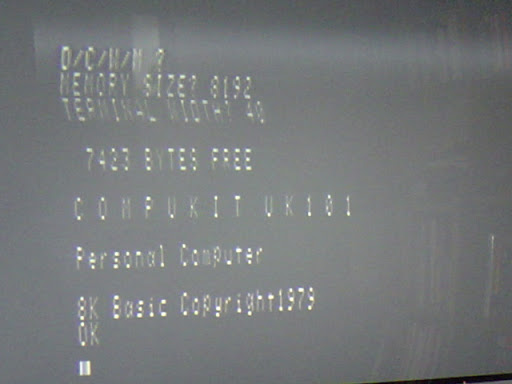 And Basic. What a Basic… copyright 1979. But as it turns out, a Microsoft Basic with the serial numbers filed off. Very naughty. It turns out also the UK101 logic design was mostly a “borrowing” from an Ohio Scientific machine, with just a couple of tweaks for the UK TV standard and to improve the display.

Kits of parts for building the machine were available from CompShop Ltd of 14 Station Road, New Barnet (North London). It is thought that around 5000 kits were produced.

(From Wikipedia but see also this history.)

Being a bare board, you had to solder it yourself - I soldered mine twice, because it didn’t work the first time and I had no way to debug or investigate. It did work the second time! Here’s a close up of some of my handiwork, with some kind of off-board extension:

And of course a case: a case is helpful to avoid shorts on the back of the board from stray paperclips and to keep the 240V mains away from stray fingers. My first effort was a cannibalised drawer from a chest of drawers (don’t tell my parents) and my second effort was a repurposed salvaged instrument case: 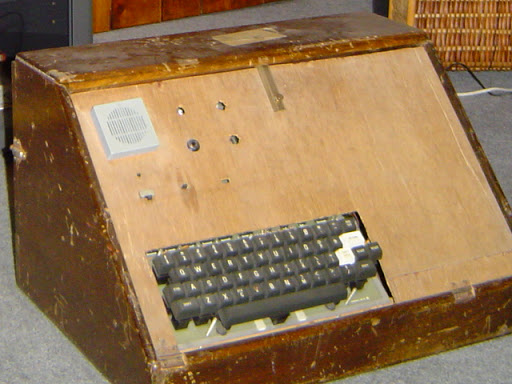