After finding nice Siemens Teleperm keyboards on vaxbarn
Siemens Teleperm rescue - VAXBARN
I also found a rare 60s computer from ETAP. The purpose is unknown, even the location of the company is unknown. The only 2 connectors are 60 pins which art from LM Ericsson. 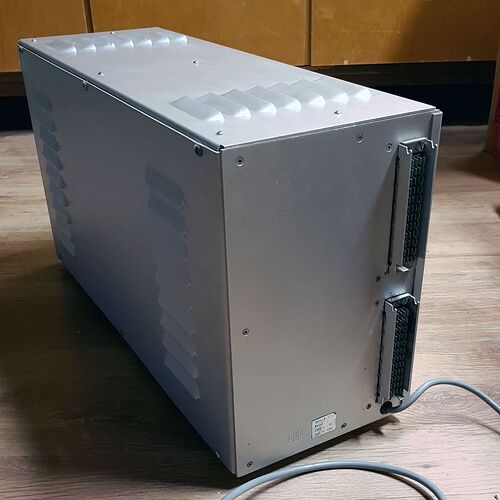 It was first assumed to be from a Belgium company but he asked them and they say they didn’t make it. I first wasn’t sure, I only found this company making workstations like Wang, Olivetti, CPT and Wordplex. I found a logo of an ETAP monitor by the previous company ETAP Information Technology, but that is different indeed. But it’s a logo from the mid 80s, so still it’s possible.

There are many photos (also inside) and selfmade schematics. Also 2 pages of a catalog from LM Ericsson, but in bad quality. I haven’t found these connectors elsewhere. Also rare electronics Philips/Mullard RA1 combi-element 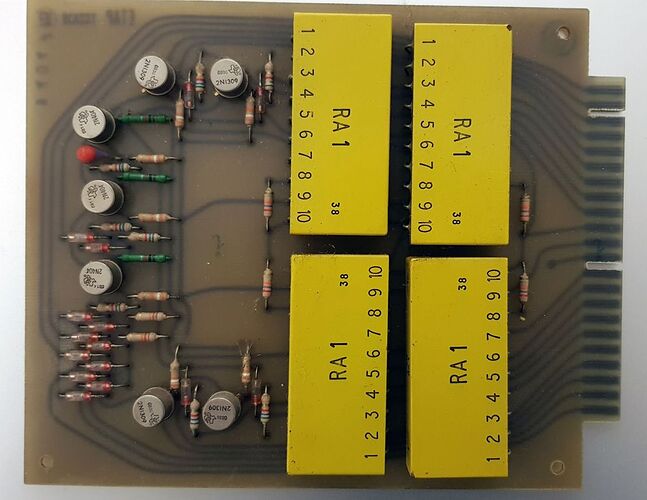 In electronics, the NORBIT family of modules is a very early form (since 1960) of digital logic developed by Philips (and also provided through Valvo [de] and Mullard) that uses modules containing discrete components to build logic function blocks in resistor–transistor logic (RTL) or diode–transistor logic (DTL) technology. The system was originally conceived as building blocks for solid-state hard-wired programmed logic controllers (the predecessors of programmable logic controllers (PLC)) t...

Isn’t there a list of computer companies? Or logo database?
I found a site with Swedish magazines (mainly for the connector) but haven’t checked them all, yet

Looks somehow military, and I knew the German ebay seller, where he got it from. And I know that he also offered a ROLM.

I knew it!
I found this connector in the magazine issue Feb 1970. 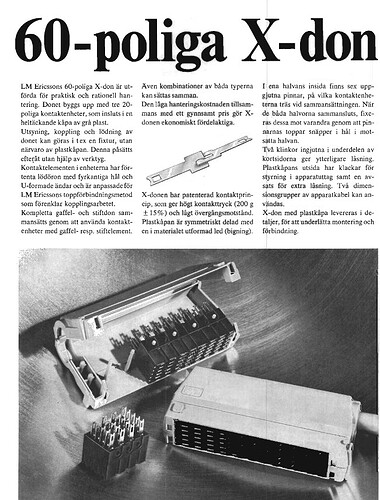 Some Swedish text. 3x20 pin. I still don’t know what devices were using it. I haven’t found anything on Google with this Swedish name.
In the same magazine, there’s a device from LM Ericsson, an Event recorder ZTTK 10101 with a photo but only front view.

Maybe a measuring relais-based device. I found a remote blocking device for railways, and a time measuring /pulse recorder for telephones (with similar connectors).

At least I know the the patent is <1970. (I haven’t searched patent databases). And I found several LM Ericsson devices from the late 1950s.

I found a similar connector (same magazine, issue Feb 1968, p.70, and earlier magazines) from ELCO (ELCO-Webster) in the Varicon series (now Kyocera).
Has fewer pins and even pins with different length but (almost) same “X” technology with firm grip.
Shock and vibration resistance. And that is for military.
So when putting all together (seller, material, connector) it’s very likely that the ETAP device is for military use as well.

First I haven’t found anything via Google, but with Ericsson I found this Australian Telecommunication Journal with photos and schematics of a relay cable test device and “program”. Starting at page 59 (in English) 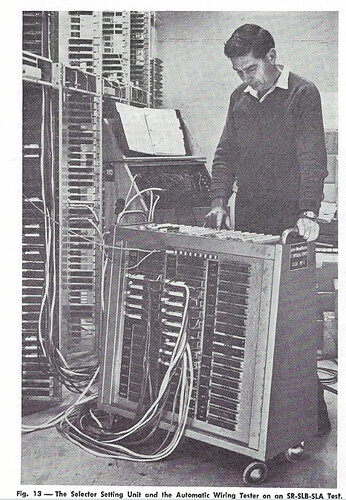 The crossbar connector was introduced in 1962. The connector on the other side is an
LR/BR Plug SB 4500 (H.C. & T.40B). I haven’t found it on Google but there’s a photo in the PDF.
Many abbreviations.
FUR, FIR, GIV, IGV, SL, SR
IDF points, MDF
SLB SLA verticals
GVA verticals…

Can someone explain the abbreviations?
Is this just for telephones?

I did some more research on Google, this time with quotation marks Ericsson “RPV 2051”. I now think that the device is either part of a telephone exchange / crossbar switching system or a test device for that.

In the Ericsson Review 1/1967 I found the connector. These jacks and plugs were the most important types (for that purpose).
There are also the abbreviations named. SLA/SLB are switching stages. MDF=Main distribution frame…
There are some photos of telephone switching racks.
Searching for telephone / telex exchange, I found this on Wikipedia, some more photos there.
I haven’t found the exact device and don’t know the brand ETAP. Could also be a military telephone system. Note, that there are only (2) connectors on the front.

TXE, (telephone exchange electronic) was a family of telephone exchanges developed by the British General Post Office (GPO), designed to replace the ageing Strowger systems. When World War II ended, the UK telephone exchange suppliers supported the GPO’s decision to stay with Strowger until a viable electronic system became available. The GPO largely did this to protect their success in the export market, but it actually had the effect of ultimately destroying it. This allowed competitors to dev...

A good photo of a control panel of a telex exchange system is on Ericsson Review 2/1967. Maybe this or similar device is embedded there 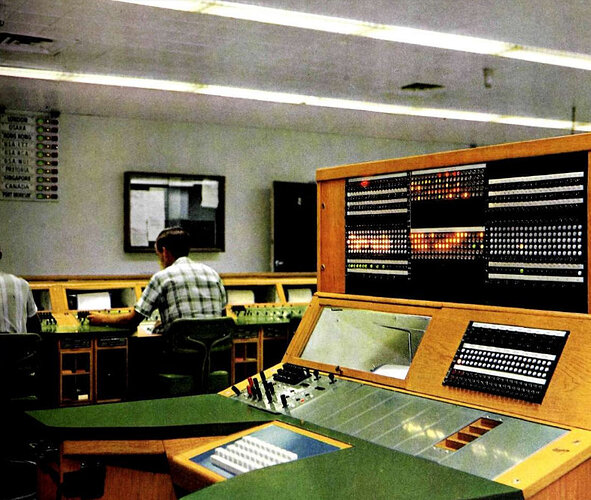