I’m still checking the Swedish Elektronik magazines and found these boards in June 1970, page 24 (b&w). There called SYSCOM ™ pinboard programming cards. I haven’t found anything on the web with that.
I wondered, especially about the paper cards (these are punched in the magazine). Later I found a PDF on bitsavers. And the patent #3405384. I still haven’t read it all. 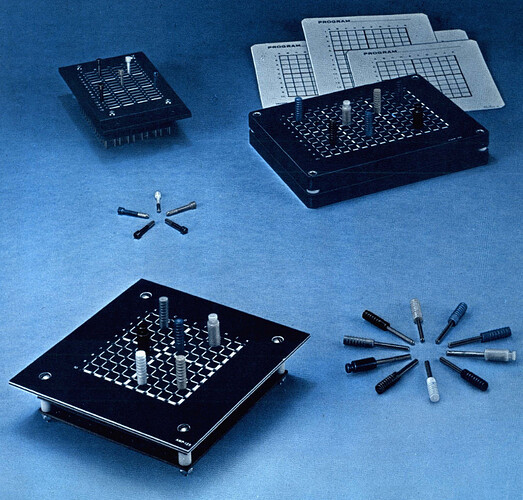 AMP (then written as A-MP) founded in 1941 as Aircraft and Marine Products, now TE Connectivity.

Maybe the Radio + TV magazines are more of interest as home computers are there. Like IMSAI 8080. But who knows Swedish?