Adam Savage finds someone with a CT scanning capability and lends his Curta: 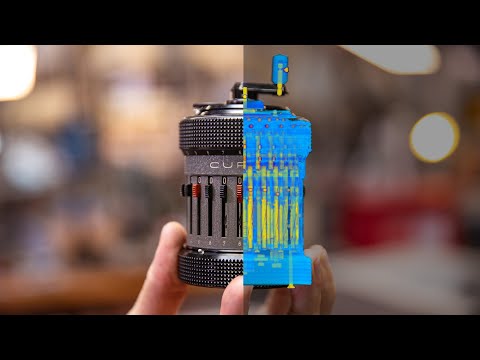 If you sign up to the site, you can view the scans interactively:
Curta Type I
Curta Type II

(If you can’t afford a CT scanner, there’s a nice (enormous) poster of all the parts inside a Curta, which makes a good gift!)

Wikipedia has a History of computed tomography page, from which we learn that EMI’s first successful experiment, in 1971, took 9 days of exposures in 160 traverse and 2.5 hours of processing on an ICL 1905 mainframe. The first brain scan was done later the same year: 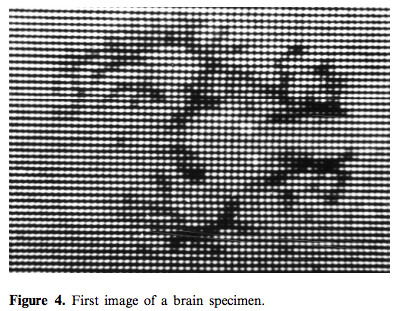 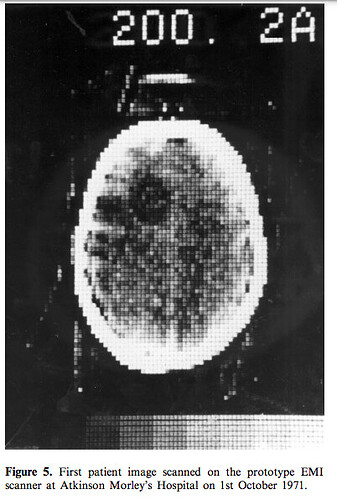 Early scan data were actually taken back to EMI on tape for processing overnight which took 20 min per image on an ICL 1905 computer. In production this was done on a minicomputer which fortuitously had emerged at the right time. Images were taken back the next day on tape to Atkinson Morley’s Hospital to be displayed. The early images were displayed in three ways; paper printout, cathode ray tube (CRT) display or as a Polaroid picture of the CRT display.

CT scans are all about computation!

For previous posts on Curta, see

As of a few weeks ago, I have held a Curta pepper-mill mechanical calculator in my hands. And heard it, and felt it, calculate. Marvellous! I don’t suppose I’ll ever own one. Here’s a quick demo: And here’s how the mechanism works: Anyone know a good way to compute Pi on such a machine? I don’t mean 355/113… … I’m thinking there must be some converging series or iterative calculation which doesn’t need much state. Maybe Here’s a poster showing all the parts: [image] (Masses of …

Feast your eyes on this 1953 creation, a 12-way Curta for matrix multiplication, built by the Department of Chemistry at the University of Birmingham: [image] (Picture and story from Computer Resurrection Issue 79 in A Multiple Curta by Herbert Bruderer) It turns out there were quite a few efforts to parallelise computation by ganging together Curta calculators. See for example this earlier article, again by Dr Bruderer, in Issue 75: Multiple Curtas which has the subsection “Double, four-…

I was reading about mechanical calculators - there are so many more basic mechanisms in use than I thought! Here’s a quick speed test of four machines to get you warmed up: Here’s a presentation in PDF explaining many systems, from Leibniz and pinwheel to the speedy silent Marchant seen above: lots of mechanical drawings, and the Curta examined too. [Mechanical-Calculators-Summary] Here’s John Wolff’s Web Museum as linked from that presentation, but in a new location: Marchant Figuremati…

It must be fake. It is not a arithmometer and it is not bronze and there is no GREEK letters any where.

A several people made mechanical calculators, but few made it to mass production.
Ben.