Commodore 264 marketing brochure, generously contributed by Andy Finkel and shared here with his explicit permission. For me, the TED series was the pinnacle of Ira Velinsky’s industrial design and they remain my favorite Commodore machines ever created.

I found that to have unexpectedly modern and unfussy styling - here’s a detail:

Regardless, it’s welcome. For a little tutorial I gave last year I had to write my own sort-of-monitor in BASIC, and that reminded me in no uncertain way that BASIC is a truly terrible programming language. The only reason my subroutines didn’t stomp on my global variables even more often than they did was because I couldn’t remember the line numbers of the subroutines half the time.

I got to play with a Plus/4 (as the C264 became) a few months ago because I have a friend who owns one or two. The design is even nicer in person, and the keyboard is better than the C64, with a couple of exceptions.

First, replacing the RESTORE key with another CONTROL key is a dead loss. If you’re a technical geek, it’s really nice to be able so easily to generate an NMI.

Second, while I approve of moving from two arrow keys to four, not making them real keys (and not using a “T” layout) was not such a good move. It’s kind of a toss-up which is worse.

If you like this case style but prefer Sinclair Spectrum functionality then there was the TK95 from brazilian company Microdigital. 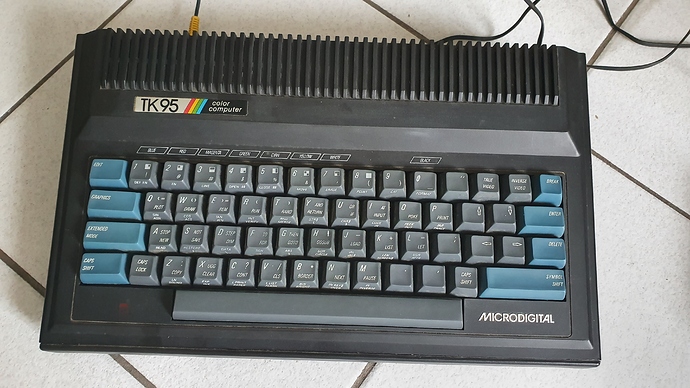