Commodore 900: The Unix-like workstation/server that was eclipsed by Amiga

Article from 2020. Would Commodore have succeeded in the business market? Via Hacker News [ Commodore 900: Unix-like workstation/server that was eclipsed by Amiga (2020) | Hacker News ] 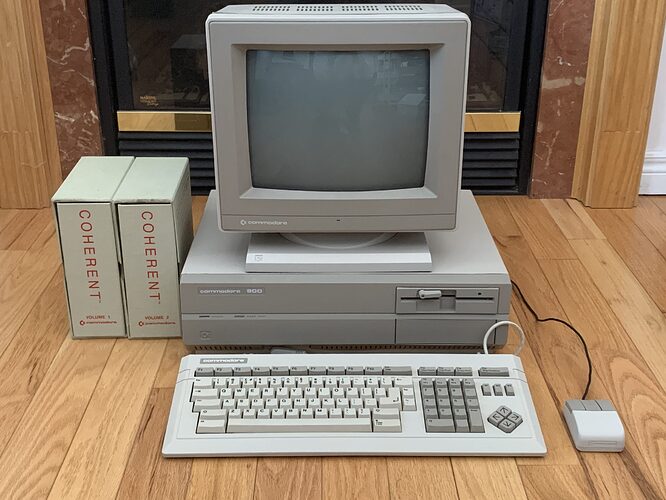 Commodore 900: The Unix-like workstation/server that was eclipsed by Amiga –...

[T]he market for the C900 was the Unix workstation/server market for education and research that would spill into the business side one the upcoming networking was to be put into place. Unfortunately, it didn’t make it that far.

Commodore was in the process of acquiring Amiga and focus was turned away from the C900 and the potential that was there. It was a departure from what Commodore was known for and was already a market leader in the home computer segment. It was a little more familiar than the education and research markets that Commodore had a small role in with the PET. But that was a dwindling market for them.

The C900 could have been a competitive product along side Sun and HP workstations in 1985 but the direction changed and the C900 project was cancelled. Some say it never worked properly but I was able to get my C900 up and running.

Would Commodore have succeeded in the business market?

No. The reason Sun and HP had success in this market is that one was an education site (Standford) and the other had ties into the educational market for decades (the HP 2x00 series of 1960s).

Commodore had strong success with the shared PETs in the high-school level, and low-end settings with the C64 and such. But they had zero presence in the high-end and there was simply no way they were going to be successful against Sun.

To put it another way: Commodore was developing an education play, Sun was an educational play.