I find the CHIP-8 connection interesting: a virtual machine ported from 1802 to 6800.

CHIP-8 is very interesting! It was ported to a few more computers in the early 80s, the last (that I know of) being the Microbee, before it died out in the face of the PC and ASCII keyboards (presumably). But in 1990 it was resurrected on the HP48 graphing calculators (with twice the resolution, hehe) and from there MS-DOS, and today this HP48/DOS version is a common target for new emulator developers as a first project (nevermind that it’s actually a VM/interpreter, not an actual emulator). This is a little off topic, but I maintain a list of all known CHIP-8 versions here:

I know of some in-browser emulations which might for fun for anyone who wants to play with CHIP-8:

As for the “still surviving” part, there’s an annual game jam for CHIP-8 each October, called Octojam.

A game jam from 2019-10-01 to 2019-11-01 hosted by Internet Janitor. Invented in 1977, CHIP-8 is the original portable game platform. From humble specifications come inspiring creative constraints. The Octo IDE makes

Most modern games are developed using Octo, a modern in-browser emulator and IDE, with a high(ish) level assembly language: http://johnearnest.github.io/Octo/

Bumping this thread to let any interested parties know about the upcoming Octojam 7, which lasts all of October. Join 61 other participants and write new CHIP-8 games! 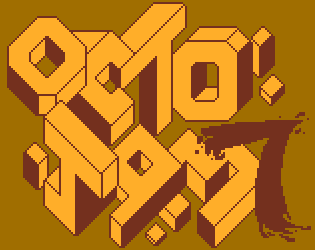 Here’s the start of a series on implementing a CHIP-8 emulator:

Emulating a Computer: The CHIP-8 Interpreter |

How to write a CHIP-8 emulator.