Simulates the hardware of PET-2001, VIC-20 and C-64.Integrated VICE works as an emulator core. 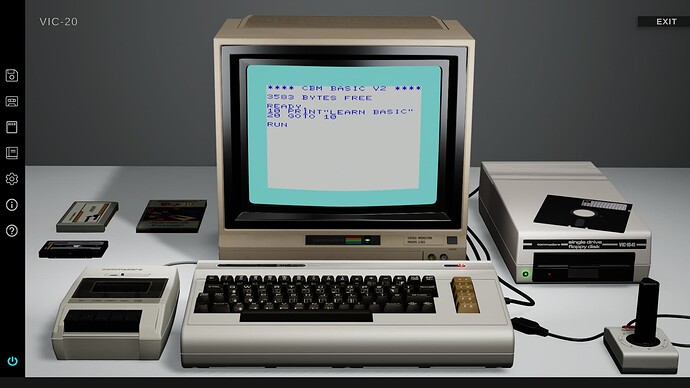 Oh, that’s a screenshot! Somehow I got the wrong idea… there’s a 3D Beeb which might be regarded as a similar kind of idea.

Yes, I think 3D Beeb is quite similar.
The aim is to include more computers, but it very much depends on the success.

Is this your own project? Is it a group effort or individual?

I’ve had some external help, but basically it’s my project. Not that I wish (or can) do everything on my own, but so far it’s been the only option.