Best of seven: why Acorn built the BBC Micro | BBC Micro at 40

First video in a new series by TNMOC Before the BBC Micro, it had made just two commercial computers - the System 1 range and the Atom.

The BBC would have been rightly criticised (even more than it was!) if it had attempted to organise this massive project entirely with in-house resources, especially given the lack of appropriate expertise. In practice it probably veered too much in the opposite direction, because engineering departments within the BBC (including my own) were involved rather later in the process than might have been desirable. The NewBrain debacle forced a major rethink, and it was at that point that BBC Engineering got into the loop.

Here’s another document with considerable historical significance: the agenda for the meeting at which Acorn were eventually selected to supply the BBC Micro. I should explain that the presence of Commodore on the list, in addition to the other short-listed candidates (Acorn, Newbury and Tangerine) was the result of a late bid from them that we felt duty-bound to consider, even though as a non-British company they would not have been invited to tender anyway.

Having published the BBC’s specification, here is Acorn’s response. Many people (including Chris Curry in his interview here) seem to believe Acorn initially proposed the Proton, but as can be seen that’s not the case. Evidently by the time the decision was made to choose Acorn the Proton had indeed been offered; possibly because it supported 80 characters-per-line modes and a Second Processor capable - in principle - of running CP/M.

We’ve previously seen a post on The Computers That Made Britain in this space, which is a really excellent book that tells part of this story.

Thanks for linking that thread and pointing out those sections with the links!

On a tangent, I’ve always found it interesting that Research Machines wasn’t in the contest, since it would have been such a natural candidate. There’s also an answer to this in that thread, quoted from one of those great The Register articles (thankfully provided by some BigEd),

Fischer realised that a machine based on the BBC’s hardware and software specifications and intended to be sold at the price the Corporation wanted could not be produced reliably within the launch timescale the broadcaster was set upon. RM chose not to pursue the BBC contract as it stood. It told the BBC it could produce the machine the Corporation wanted, but it would take twice as long to bring to market and cost twice as much.

Fischer was unsurprised, then, when Acorn’s BBC Micro was launched late, took far longer than planned to reach everyone who’d ordered one, and ended up costing more than forecast.

Which raises another question, namely, why was the BBC on such a short schedule? Was it, because everything seemed to be set with NewBrain already, or was it just some kind of ambitious “oversight” in the first place, which first looked like it could be remedied by simply adopting the NewBrain?

Edit: I get it that it was essential for this initiative to react quickly to social trends and technical development, but the plan was really ambitious. Rescheduling the program from Autumn 1981 to Spring 1982, when the NewBrain failed, was also really ambitious for any new computer to be developed, tested, rolled out to production, and eventually arriving in the shops.

Not sure, if this has been posted here before, but this Steve Furber interview (also by the Centre for Computing History channel, 2017) may be also interesting in context:

He’s always good, although there’s usually some overlap with other interviews. I did collect some snippets at Some interesting Steve Furber observations (again, on stardot.)

Another good thread over there is Forty years ago…

Anyway the tight timescale would never have been achievable (remember that something like a year had been ‘wasted’ going with the Newbury/NewBrain option before it all fell through). We were asking a manufacturer to go from a standing start to machines available in quantity in less than a year, something which was ridiculously challenging (and frankly it was only because the Proton was already quite close to the spec. we wanted that we had confidence Acorn could achieve it).

There’s also another side to the pre-history of the BBC Micro, namely the Acorn System computers (starting with System 1, designed by Sophie Wilson in 1978, up to System 5), a series of Eurocard and rack computers for industrial or educational purpose: 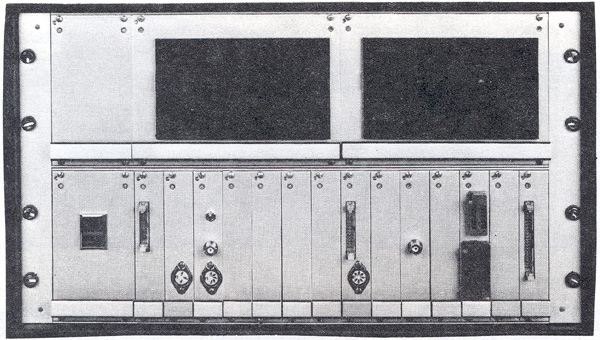 Can I plug Sean Haas’ podcast again? He has an episode about Acorn and the BBC Micro: 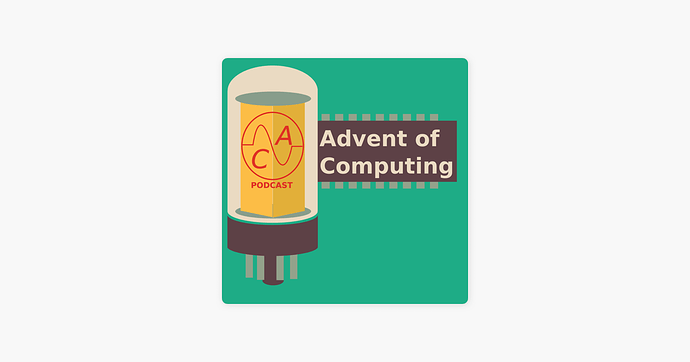 ‎Advent of Computing: Acorn and the BBC on Apple Podcasts

Second (short) episode is out: I didn’t know about the BBC side of the story – and, well, I’d call this reasonably compelling.
(Also, our little thread links amazingly well into this series! The BBC gave Acorn a demanding list of requirements. These included a need to work with different outputs, cassette-tape and printer interfaces, and support for old and new hardware.

How did Acorn manage to deliver what the BBC wanted?

Herman Hauser and Steve Furber discuss the development of the BBC Micro. The BBC set a high bar on the Beeb’s programming language: it had to be powerful yet accessible and structured enough to “encourage good practice”.

BBC Basic was one of the BBC Micro’s best-loved and most defining features. The BBC had wanted to go beyond purely TV programmes in its campaign, with a machine that could ensure adults and children got hands-on experience of using a computer.

Acorn’s product would open up brand-new opportunities to children, teens and adults and lay the foundations of future careers.

Demand for the BBC Micro was insatiable: the Beeb exceeded sales targets and saw Acorn grow rapidly - from turnover of less than £1 million to more than £20 million in just two years.

Herman Hauser, Sophie Wilson and Steve Furber discuss the impact and legacy of the BBC Micro.