A nice archive of the BASIC games found in Creative Computing’s book “BASIC Computer Games”, listing the games along with short descriptions. The programs may be downloaded individually or as the complete archive. (The site also links to archives at Digibarn and Atari Archives and Classic BASIC Games.) A nice starting point for exploring vintage games and their source code.

Not one, not two, but three Lunar Lander games!

Steve Wozniak was, in part, inspired by this collection:

In the Homebrew computer club we had a couple of books going around that I like to call ‘bibles’. One was Computer Lib/Dream Machine by Ted Nelson, describing a future world of hyperlinks to further the meaning of things in writing. His ideas were like science fiction but we all knew that they were achievable, technically, and we were all apostles for this way of looking at the future of computing. The other ‘bible’ was a book “101 Games in BASIC.” I was a fan of computer games and knew that as soon as I had a computer of my own I would want to type in all these games to play. Judging by my own feelings, I assumed that this would be a key to starting a home computer revolution.

Keep in mind that these games were done in a very early version of BASIC. The good news is that they will work on pretty much any BASIC interpreter you can find. I ran them on my RC2014, Tandy 102, Altair-Duino and others without problem.
The bad news is that if you have a more “modern” (can I really use that word here?) BASIC system (like a C64), they will not take advantage of the extra features of the system - such as reading/writing files or using color.

Speaking of type-ins, we had rather a good thread over on Stardot a year ago:
Any short type-ins for unattended Beebs?

And speaking of incompatibilities between Basics, there was a nice instance of that in this thread by @drogon over on 6502.org:
Ye olde Mandelbrot…

The biggest difficulties regarding compatibility are probably about screen presentation. How many characters per line are there? Is there a [email protected]? Is LINE a graphics command or for reading input? What are TAB and SPACE doing exactly? Are there basic ANSI escapes? Therefore most of these games are pretty basic (pun intended) regarding visuals – but you are invited to polish them on your own with regard to your system and its capabilities. (E.g., if it’s a text based flight simulator and you do have fast graphics, you may add a graphical cockpit and maybe even a viewport to the scenery to the basic mechanics provided by the listing.) Maybe, these are best viewed as a starting point that is guaranteed to work instead of a finished program.

There was some effort at a universal Basic: 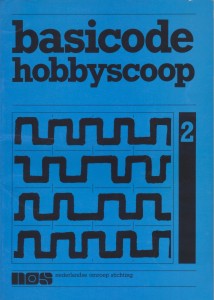 Back in the day… when we typed in games myself and friends got good at translating from the various BASIC dialects on the fly as it were - this was fine for most of the text base games and a lot of fun. I’d suggest that the old games are still easy to type in (or scan, etc.) and I did do some myself a while back - see here for an example I translated into my own version of BASIC: https://unicorn.drogon.net/wumpus.rtb

It has the original at the bottom - one thing I did notice was that some of these old games are relatively well structured - given the GOTO technology.

Another BASIC games site I remembered - maintained by an old fried who also collects retro stuff… http://www.dunnington.info/public/startrek/ all the Startrek you want!

Interesting: the original wumpus source has indentations – were these already in the original or rather added by you?

(if it’s not loading just click on the empty box - seems to load for me in chrome, but not in firefox) 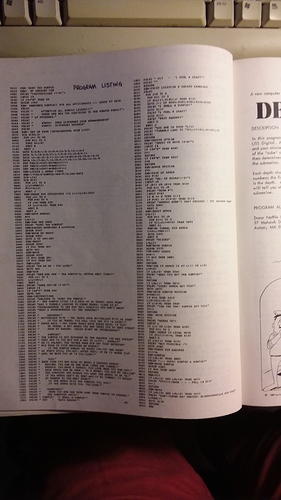