1977 was a busy year in the emerging microcomputer industry.

It was the year that the “Trinity” of the Apple II, the Commodore PET 2001 and the TRS-80 Model-1 were all competing for a share of the new market.

BYTE Magazine documented the rise and fall of the small computer industry since September 1975 - and some 45 years on, the archives provide a fascinating insight into the early days of home computing.

The USA was generally considered to be a few years ahead of the UK in terms of introducing microcomputers.

In BYTE, May of 1977 Steve Wozniak describes the workings of the newly released Apple II. The 4Kbyte version of the Apple II sold for $1298 - approximately $5500 today. 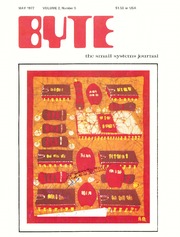 Steve W. was a regular contributor to BYTE and pops up again in Novemember 1977 with a discription of his SWEET16 virtual machine for the Apple II / 6502. 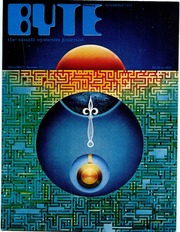 If you were a new computer enthusiast, you needed deep pockets:

If you wanted to do a minimum system, you could check out the back pages of BYTE for the latest prices of components including ICs, sockets and wirewrap boards:

So a 4K ROM, 4K RAM machine capable of running tiny BASIC would be about $300 ($1250) in parts before you added a keyboard, serial terminal or video display.