All about the PET Killer Poke

Maintaining a PET 2001 emulator, I’m guilty myself of drawing on the scary Killer Poke for a bit of effect in a few of my PET related writeups. So, what is this dreaded “POKE 59458,62” really all about, and, will it actually send your later, CRTC chip equipped PET into spontaneous combustion?

YouTuber Tech Tangents has released a pretty good video on this (spoiler alert, the usual assumptions on questions posed on the internet still stand): 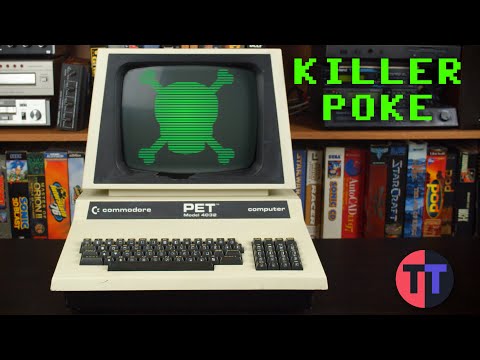 Apparently, there will be also a follow-up video on this by Adrian Black (Adrian’s Digital Basement).

The canonical resource on the Killer Poke is still André Fachat’s writeup, which isn’t only explicitly referenced in the video but which has also received a major update, due to the making of this video: PET index - Killer Poke