"A Turist's Guide to ITS"

A nice in-person adventure from @oscarv - you can download and run the Incompatible Timesharing System and do all the same things, from chess to C to job control and networking. And emacs, of course. And the DDT debugger. 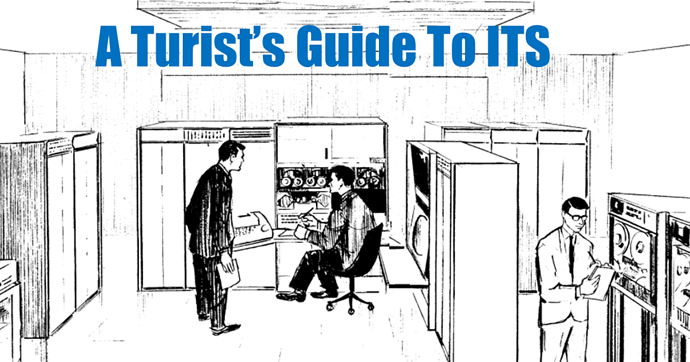 A Turist's Guide to ITS

“The local spelling “TURIST” is an artifact of six-character filename limitations, which is traceable to six SIXBIT encoded characters …”

I’m just going to quote a bit - a big bit - about the simulated hardware in play here, being the Interlude:

By now, it will help to have an overview of the tons of hardware you are sitting on. You can see the configuration in the file its/build/pdp10-ka/run. I’m just describing what is in there. 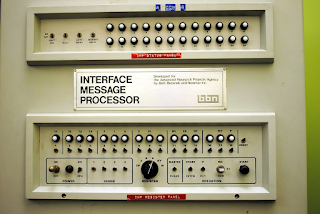 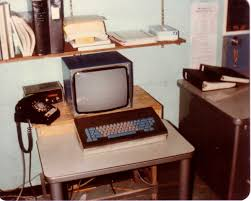 MIT-AI had a thing called the Knight TV terminal system, which was one of the first (maybe the first) bit-mapped display systems; it had a PDP-11/05 (the TV11) with a bunch of bit-mapped memory buffers on it, attached to the KA10 through a thing called the Rubin 10-11 interface, which was a memory window. There were N terminal display buffers, and a video switch, and a whole bunch of CRT/keyboard sets scattered around the 8th/9th/etc floors of 545 Tech Square, attached to the video switch. The first N people got to use a buffer, otherwise you had to wait for one to free up.

The KA10 is also linked (implemented as separate simulators) to:
• a PDP-6 (auxcpu device) which comes with its own 340 display; and a front panel you need to operate;
• a GT 40 (basically a PDP-11/05 with pixel display, which could be used a terminal).