A RAM chip, from 1955, before the integrated circuit

Rather surprisingly, the RAM chip pre-dates the integrated circuit, if you can call this a RAM chip - and I think you can: 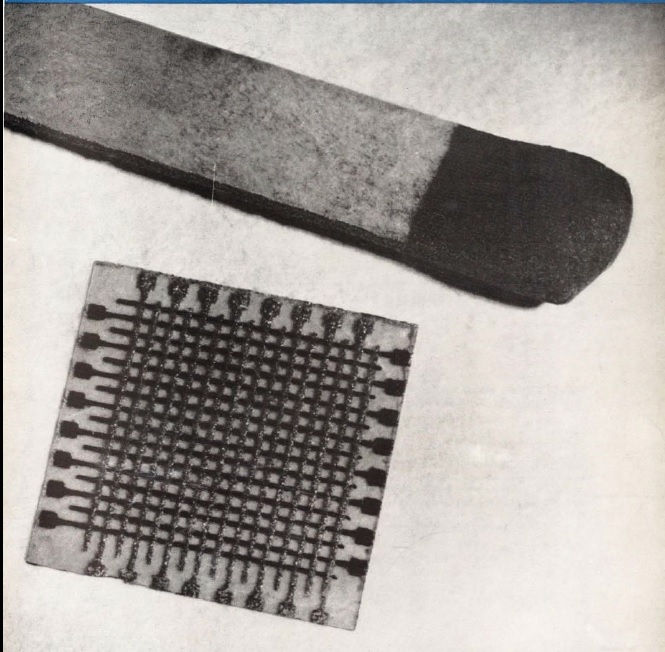 Not only is it RAM - random access memory - but it’s actually FRAM, which you might think of as being a more recent innovation. ("…although it’s called “Ferroelectric” the technology uses absolutely no iron…") It’s not an integrated circuit, because it only contains the bits of storage, the RAM array, but it is a chip - in this case, not a silicon chip, but a chip of strontium bismuth tantalate.

Buck’s original devices used individual crystals for each bit. Later on, in 1955, researchers at Bell Labs decided to try putting multiple bits onto a single crystal, producing the 256-bit chip shown in this post’s first photograph, which was on the cover of the September 1955 issue of the Bell Laboratories Record