A bit of XENIX history

A dive in the history of Xenix, Microsoft’s Unix.

One thing that turned up there is an early GUI used by Siemens on their Xenix derived SINIX systems before they transitioned to X Windows and OSF/Motif, “Collage”. (Probably late 1980s, by 1993 Collage had been phased out already. – I’ve never heard of the this.) 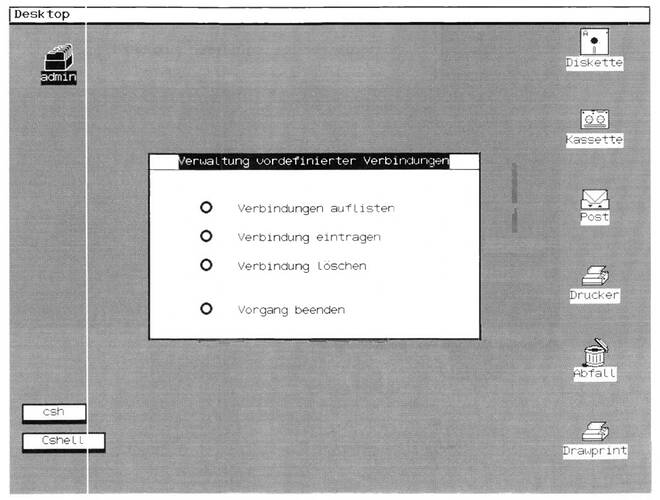 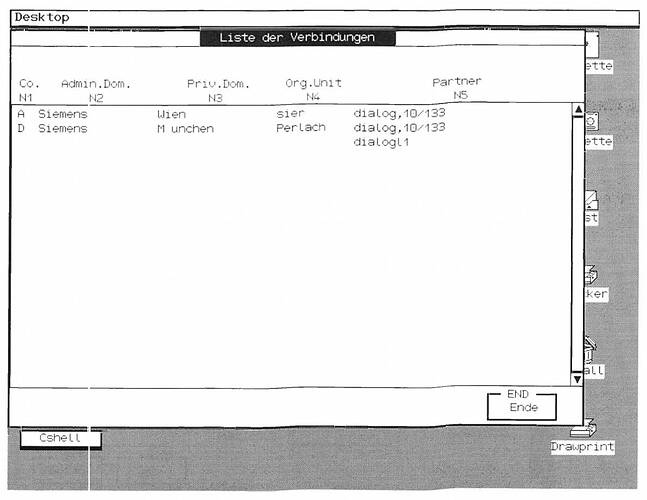 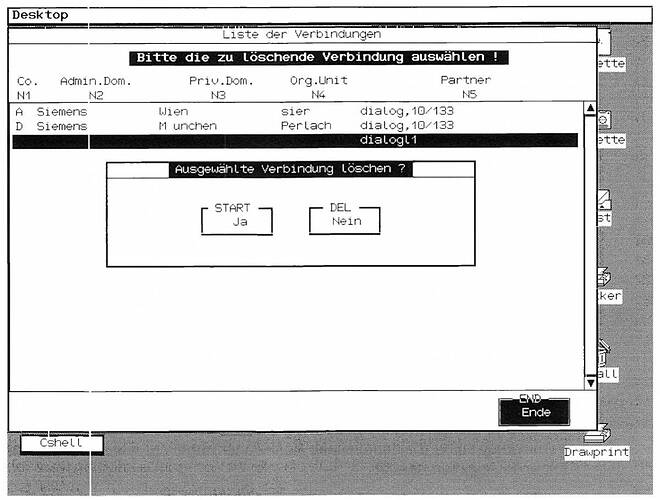 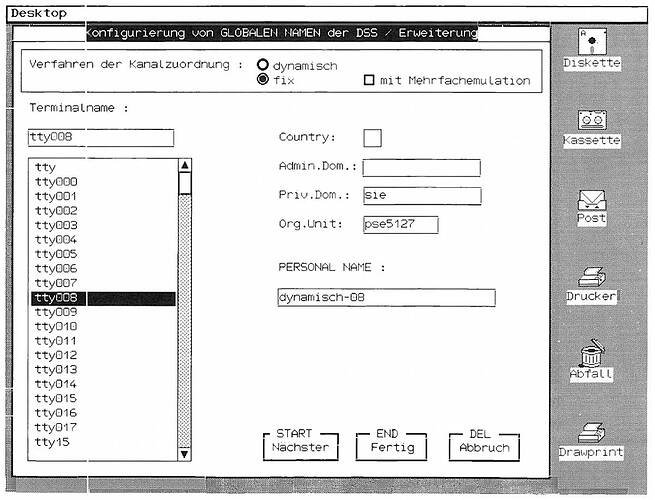 These and further screenshots/hardcopies can be found in this German manual (starting at page 111):
http://oldcomputers.dyndns.org/public/pub/rechner/siemens/mx-rm/manuals/sinix/emds_virtuelle_9750_(gray_u3003-j-z14s-5_12-1991).pdf

The windows have a somewhat Lisa-like feel and seem to collapse to Smalltalk-like title tabs, while it also shows a few Xerox Star-like elements, like the title bar for the desktop. (An interesting feature is the keyboard hint seen on buttons, like “END” for the button labeled “Ende”.)
The basic building blocks are apparently windows containing lists, called “Finders”. None of the windows seen here (all views of the “admin” application) does show any widgets (like a close or collapse box), but are rather embodiments of a button-driven workflow.
(There is no view of a file selection dialog or any file manipulation in this document.)

Other: Xenix becoming DOS 6.0 is probably my favorite alternative IT history.

P.S.: Rather funny, the small hickup seen in the second image, where the umlaut u in “München” becomes “M unchen” – and this on a German system. That’s why we have Unicode, kids.